Is it hard to find novels to read in Spanish? Many students of Spanish want to read novels in Spanish, but don’t have a clue about which one to choose. The classics are always there, but let’s face it, sometimes are not the most engaging for the general public.

Shakespeare is a great author, but when it comes to enjoying the story, many people would prefer reading Ken Follet.

So today I bring you a review about a novel by a Spanish indie author that you may consider reading: 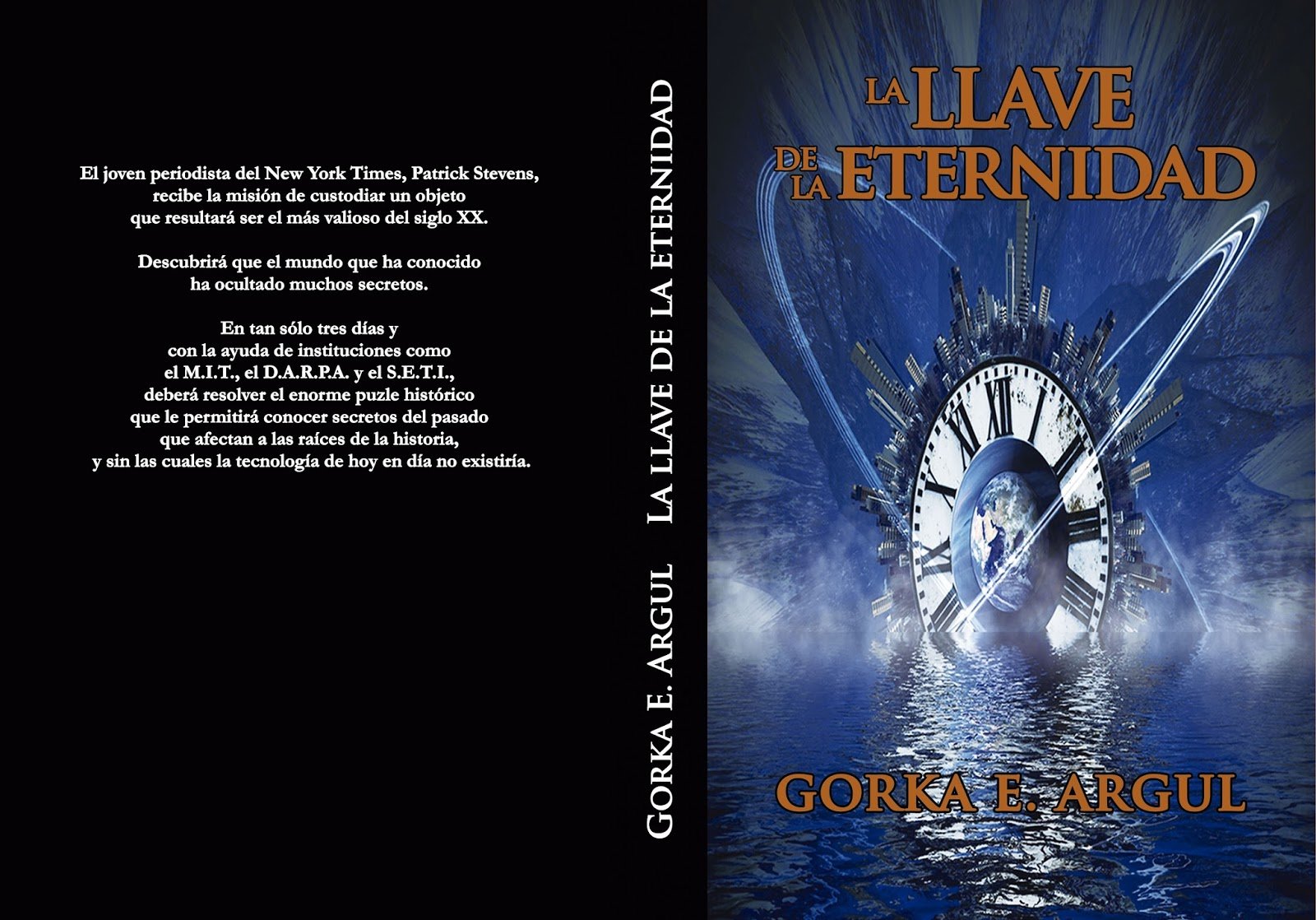 The Key of Eternity is a fantasy novel written by  Gorka E Argul. It is a fast-paced novel, which will make you overcome the limits of Physics.

The Key of Eternity is a thriller book, at the border between fantasy and science fiction. In this novel, Gorka E Argul takes the historical figure of Nikola Tesla as a starting point in order to develop a fantastic story in which the time travel journeys are not only for the characters of the novel, but also for the reader.

The gaps in the timeline and skipping from one period to another help embellish this fantastic story. This raises the question of whether the advances in science make it possible for people to teleport themselves or even travel back in time.

In The Key of  Eternity time travel and teleportation are not only possible, but also they have existed for a long period of time. Even though it is, of course, a highly kept secret from there and that is why, the protagonist of the story, a journalist from New York Times, called Patrick Stevens finds himself involved in a mysterious and dangerous plot, which could become one of the major revolutions of the history of humanity.

The story begins with Patrick taking part in a scientific demonstration. He soon goes from being a spectator to a protagonist, which happens immediately after he helps the injured after an accident. That is how, in a short period of time, Patrick makes contact with various important characters, in what is no more than a small example of the pace of the events.

An especially interesting aspect of the book are the events that happened in the past, where the author takes important figures such as the above mentioned Nikola Tesla and Albert Einstein as characters, along with a two American solders whose friendship will remain in question.

It is a perfect novel to take on vacation or for the days in which you have some free time to read, because it requires you to pay close attention in order not to miss part of the main plot, given the different time ‘hops´ and the constant change of the characters from the perspective of whom the narrative is presented. The difficult part of this novel is that it must be read in one sitting, or else important details could be forgotten.

It is important to take into account that the publisher is not as important as the ones that you are accustomed to if you only read books from important publishers. It is a detail that could attract your attention, but which does not make the lecture more difficult.

In the same manner that an independent publisher could have his problems, this also has its advantages, which means that we are presented a story which has a fresh vibe to it along with originality, which is quite rare today and frankly, we see it lacking from the majority of the bestsellers that we can find nowadays in the bookshops of  any given city.

Besides what one may enjoy from reading it, The Key of Eternity gives us something to reflect upon: What scientific progress could have been stuck in the process of innovation? How many times were investigations that could have had a major impact or even a change in history abandoned?

I recommend you to read this novel.

This site uses Akismet to reduce spam. Learn how your comment data is processed.

I am a freelance copywriter from Spain

Don't know how to use Skype? See here an easy step-by-step explanation about how to install Skype software.

Planning to visit Spain to practice Spanish? Read this information

That this century is likely (it depends on where you are) the first in which most of the population of your country is not illiterate.
This website uses cookies to improve your experience. We'll assume you're ok with this, but you can opt-out if you wish.Accept Reject Read More
Privacy & Cookies Policy

This website uses cookies to improve your experience while you navigate through the website. Out of these, the cookies that are categorized as necessary are stored on your browser as they are essential for the working of basic functionalities of the website. We also use third-party cookies that help us analyze and understand how you use this website. These cookies will be stored in your browser only with your consent. You also have the option to opt-out of these cookies. But opting out of some of these cookies may affect your browsing experience.
Necessary Always Enabled
Necessary cookies are absolutely essential for the website to function properly. This category only includes cookies that ensures basic functionalities and security features of the website. These cookies do not store any personal information.
Non-necessary
Any cookies that may not be particularly necessary for the website to function and is used specifically to collect user personal data via analytics, ads, other embedded contents are termed as non-necessary cookies. It is mandatory to procure user consent prior to running these cookies on your website.
SAVE & ACCEPT